A wisdom tooth, in humans, is any of the usual four third molars. Wisdom teeth usually appear between the ages of 17 and 25. Most adults have four wisdom teeth, but it is possible to have fewer (oligodontia), or more, in which case they are called supernumerary teeth. Wisdom teeth commonly affect other teeth as they develop, becoming impacted or “coming in sideways.” They are often extracted when this occurs. About 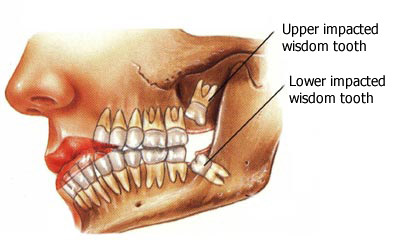 35% of the population do not develop wisdom teeth at all.

Impacted wisdom teeth (i.e., those that have failed to erupt through the gum line) fall into one of several categories: 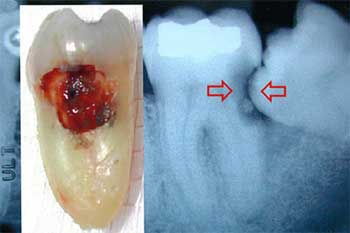 In a small portion of patients, cysts, and tumors occur around impacted wisdom teeth, requiring surgical extraction. Estimates of the incidence of cysts around impacted teeth vary from 0.001% to 11%, with a higher incidence in older patients, suggesting that the chance of a cyst or tumor increases the longer an impaction exists. Only 1-2% of impactions result in malignant tumors.

The oldest known impacted wisdom tooth belonged to a European woman of the Magdalenian period (18,000 – 10,000 BC).

Hear From Our Patients

Fill out the form and we will contact you soon. 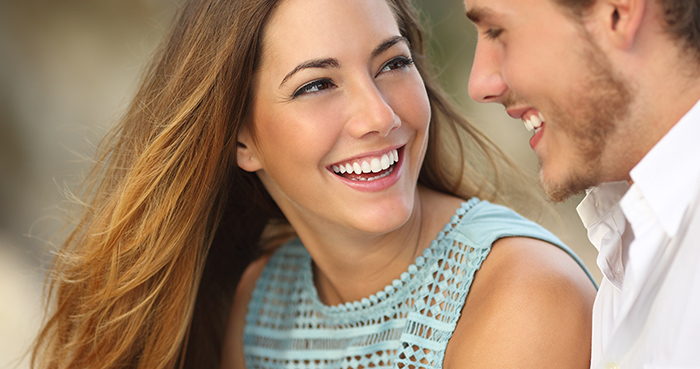